The study of chimeras began by accident in 1825 when a French nurseryman named Adam inadvertently created a graft chimera between Cystisus purpurea and Laburnum anagyroides.

The original graft between these plants failed and a shoot growing from the graft union produced a plant with flowering traits of the purple Cytisus and the yellow Laburnum.

The plant was sold as a novelty, but caught the eye of biologists as a possible "graft hybrid". 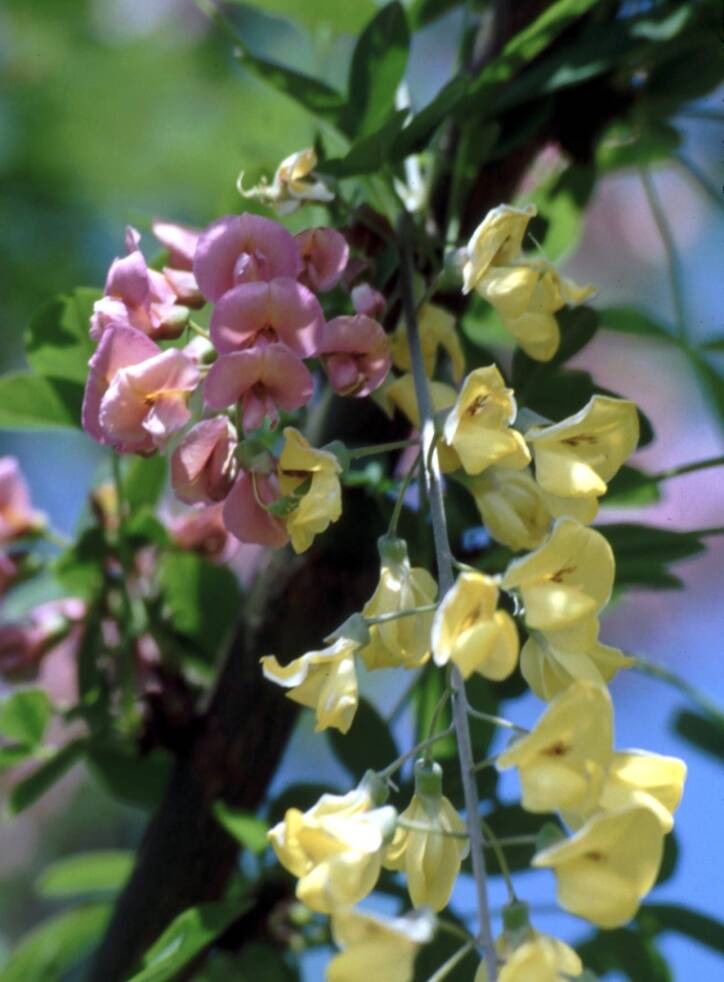 He then cut the plant at the graft union. The resulting shoots had characteristics of both graft partners.

He concluded that this was because part of the meristem had cell layers from the two partners producing a chimera (see the chimera section for more information). 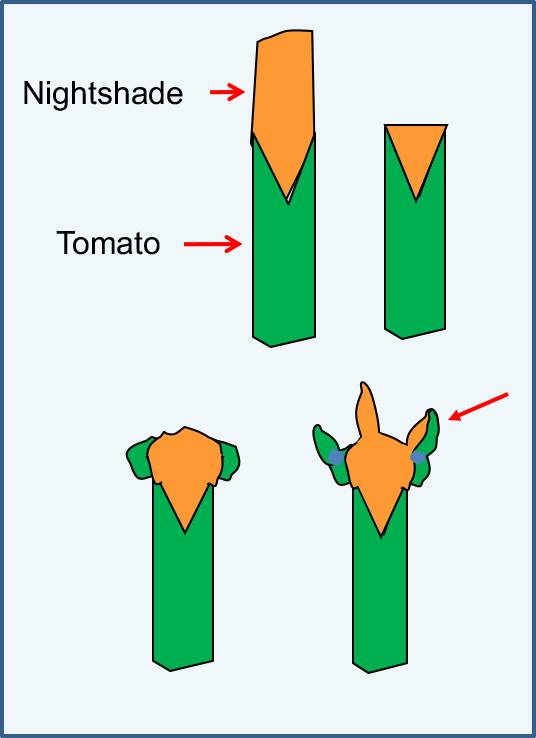 Winkler coined the term chimera to describe this plant.

This was the start of the study of chimeras that has done so much for understanding the organization of the shoot meristem. 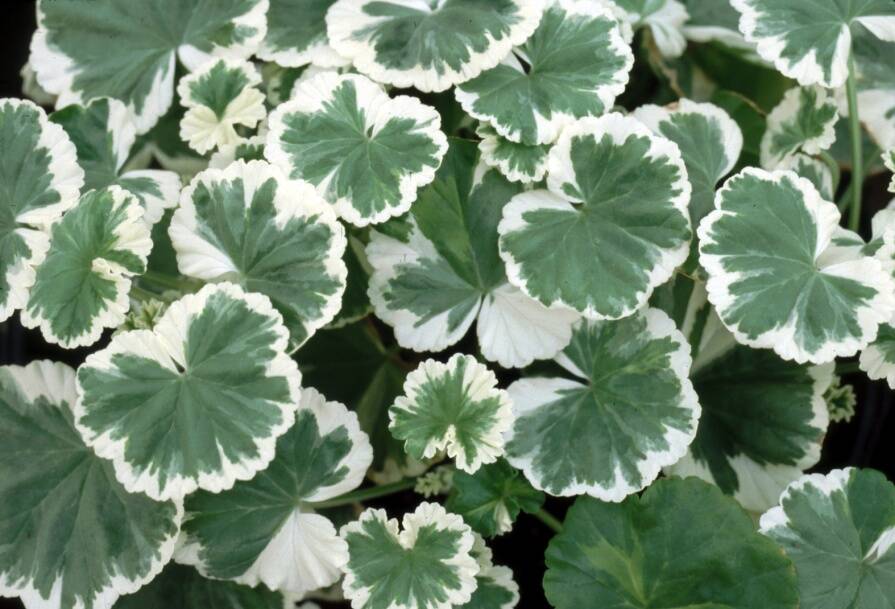 He worked with a geranium called 'Freak of Nature'.